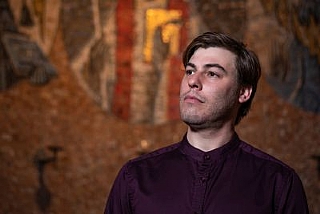 Itay Berckovitch, conductor, was born in Israel. He is an orchestral and choral conductor. He graduated in orchestra conducting, choral conducting and computer science from the Tel Aviv University. He is music director and conductor of The Madrigal Singers, Tiv'on Israeli Chamber Choir, Vocalisa Women's Choir and is assistant conductor with the Tel-Aviv Collegium Singers. He is leading a government-sponsored educational project bringing choral music to school children. He is a co-founder of Common Ground Voices international choir and was one of its leaders. He has conducted Idomeneo (Mozart) as well as several projects with Barrocade and cooperated with the Jerusalem Symphony Orchestra, the Israel Chamber Orchestra, the Haifa Symphony Orchestra, the Israel Symphony Orchestra Rishon LeZion, and the Israel Sinfonietta Beer Sheva among others. At the Israeli Opera he worked as an assistant conductor and ensemble conductor in several productions.