The Tel Aviv Performing Arts Center, residence of the Israeli Opera, was designed by the late Ya’akov Rechter and was opened to the public in October 1994. TAPAC has soon become a focal point for cultural and artistic events in Tel Aviv. Its spacious stage with its state-of-the-art facilities, the up-to-date sound and lighting systems and the acoustic qualities of the auditorium enabled, for the first time in Israel, the performance of operas, ballets and musical events on an appropriate stage.

TAPAC forms the main part of the Golda Center, located between Weizmann St., Shaul Hamelech Blvd. and Leonardo da Vinci St. This area had been designated for public buildings in the late 1950s, when it was decided to build the Court Houses on its eastern part. Throughout the years, the Tel Aviv Museum of Art, Beit Ariela with its Sha'ar Zion Library and the Piazza connecting them were built there. In the early 1980s, the Municipality of Tel Aviv-Yafo designated the western part of the area for the Performing Arts Center, one of the major cultural complexes of Tel Aviv. Since its inauguration, TAPAC has been the permanent house of the Israeli Opera and later on its additional wing was completed, housing the Cameri Theater.

In his notes, the architect Ya’akov Rechter related to the ideological aspects that form his architectural concept, which was the basis of the Performing Arts Center design:

"...Architecturally, the Performing Arts Center represents the goal of combining an edifice of impressive public presence, with the informal none- monumental character of Tel Aviv. In principle, the building blends with the scale of the existing buildings in the area, be they the residential buildings on Leonardo da Vinci St. or the Library and the Museum. The entrance gates on one hand and the fly tower on the other hand, are the only components that do not comply with the environmental scale, endowing the building with a great deal of public presence, befitting its role as a major center in the urban texture. 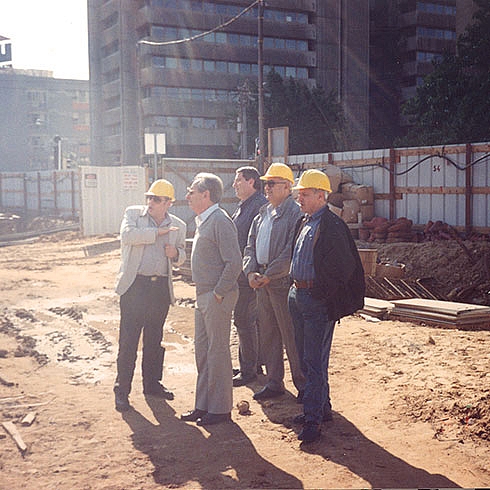 Opera in Israel – a Brief History 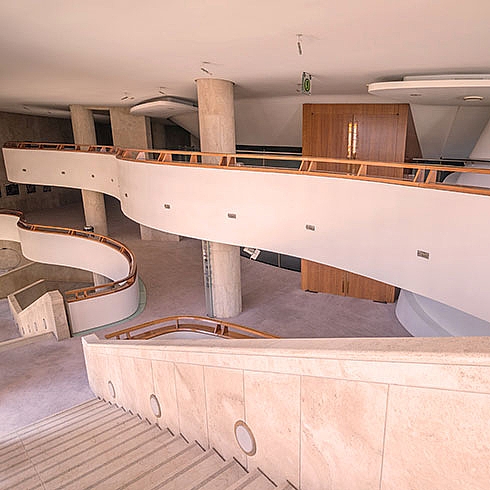