Based  on the novel by Alexandre Dumas fils

A party is taking place at the house of Violetta Valéry, a beautiful Parisian demimondaine. Gastone, a nobleman, arrives and presents his friend, Alfredo Germont, telling Violetta that Alfredo has long been a silent admirer and had called daily during her illness. Baron Douphol, Violetta’s current protector, is angered by the conversation and refuses Gastone’s invitation to propose a toast. Alfredo accepts the invitation instead and sings an impassioned tribute to beauty and love. As the others go into another room to dance, Violetta suffers a fainting spell. Alfredo stays behind and confesses that he has been in love with her for a year. Violetta offers him friendship rather than love and gives him a flower, asking him to return when it has withered. Alfredo is overjoyed and bids her goodnight. When her guests leave, Violetta reflects on Alfredo’s proffered love, but finally decides that she must remain as she is, forever free to pass from pleasure to pleasure.

A country house near Paris

Violetta is living with Alfredo in the country, having abandoned her life of ease and luxury in town. Annina, Violetta’s confidante, enters and tells Alfredo that she has been away to make arrangements to sell Violetta’s belongings in order to pay their debts. Alfredo, suddenly understanding what Violetta has sacrificed in order to live with him, leaves for Paris, determined to settle matters at his own cost. Violetta arrives and finds an invitation to a party at her friend Flora that evening. She has no intention of going back to her former life and decides to stay at home. A visitor is announced. Giorgio Germont, Alfredo’s father, enters and declares that keeping Violetta as his mistress is ruining Alfredo. When Germont comments on the luxury of the country retreat, Violetta shows him the letters that have been prepared for the sale of all her possessions. He asks her to renounce Alfredo, explaining that the liaison threatens the engagement of Alfredo's younger sister. Germont is insistent, and Violetta finally surrenders and agrees to leave Alfredo forever.

As Violetta sits down to write her farewell note, Alfredo enters. Not realizing that his father is at the house, he tells Violetta that Germont had written him a severe letter, but it does not disturb him for he is certain that Germont will approve of Violetta as soon as he sees her. Pretending to leave the house so as not to be present during the meeting between Alfredo and his father, who has been waiting in the garden, Violetta goes out. A messenger enters with her farewell note. Alfredo is stricken with grief. His father tries to console him and persuade him to return to his family, but Alfredo refuses. Finding Flora's invitation, he determines to go to the party and confront Violetta.

Alfredo arrives at Flora's house as the guests begin to gamble. Violetta enters escorted by Baron Douphol. Alfredo is enjoying great success gambling, and explains that he who is unlucky in love is lucky in cards. The Baron, incensed by Alfredo’s insolence, challenges him to a game. Alfredo accepts and the Baron loses a small fortune to him. As the others go in for dinner, Violetta remains behind with Alfredo. She entreats him to leave lest the Baron challenge him to a duel. Alfredo says that he will leave only if she accompanies him. Unable to reveal the real grounds for her departure, Violetta declares that she is in love with the Baron. Alfredo, in a fit of jealous rage, calls in all the guests, denounces his former love and hurls his winnings at her feet, calling upon the guests to witness that he has paid Violetta in full. Germont enters in time to witness Alfredo’s rash behavior and joins the others in rebuking him for his conduct. Alfredo, realizing the lengths to which his jealousy has carried him, is contrite but knows that he is helpless to make amends. The Baron tells Alfredo that he must answer for the insult on the field of honor.

Violetta’s illness has brought her to the point of death. Her physician, Dr. Grenvil, examines her and tells Annina that her mistress has but a few hours to live. Alone, Violetta rereads a letter from Germont saying that Alfredo has gone abroad after wounding the Baron in their duel. He has been made aware of Violetta's great sacrifice and is now returning to beg her forgiveness.

Alfredo arrives. The lovers are united at last, but it is too late. Germont arrives only to see Violetta, comforted by the presence of Alfredo, the man she has loved so tragically, die in his son's arms. 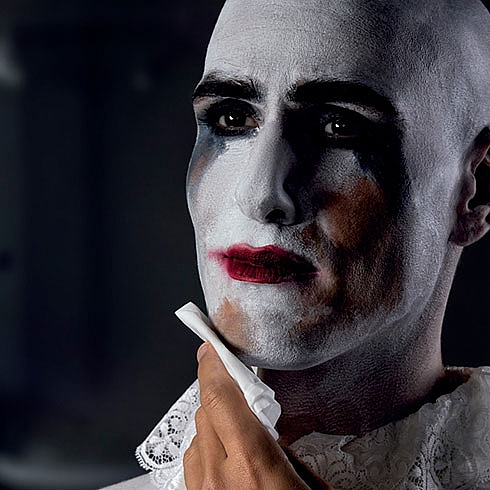 26 June - 8 July 2020
Two short operas in one evening: Pagliacci - Inbal Pinto creates amazing characters full with sorrow and joy in a story about the thin borderline between imagination and reality in opera.
Schitz - The Israeli opera based on the well known play by Hanoch Levin returns to the stage with Schprechzi,Cherches and Chips
Read more
Back Stage Tours

14-24 May 2020
The opera takes place on stage but the backstage hustle is a show by its own right. You are invited to enjoy an exciting tour, 90 minutes before curtain time, and sense the excitement on stage and in the soloists’ rooms, the make-up and wig rooms and the fantastic costume shop.
Read more
Towards opening 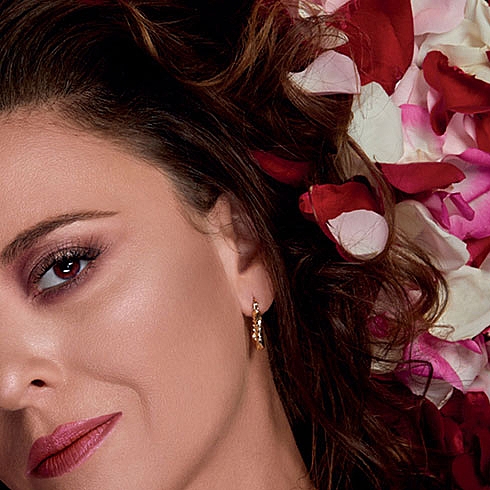 9 June 2020
A unique opportunity to meet the artists who created the production: Soloists, conductor, director and designers and to enjoy musical excerpts from the opera.