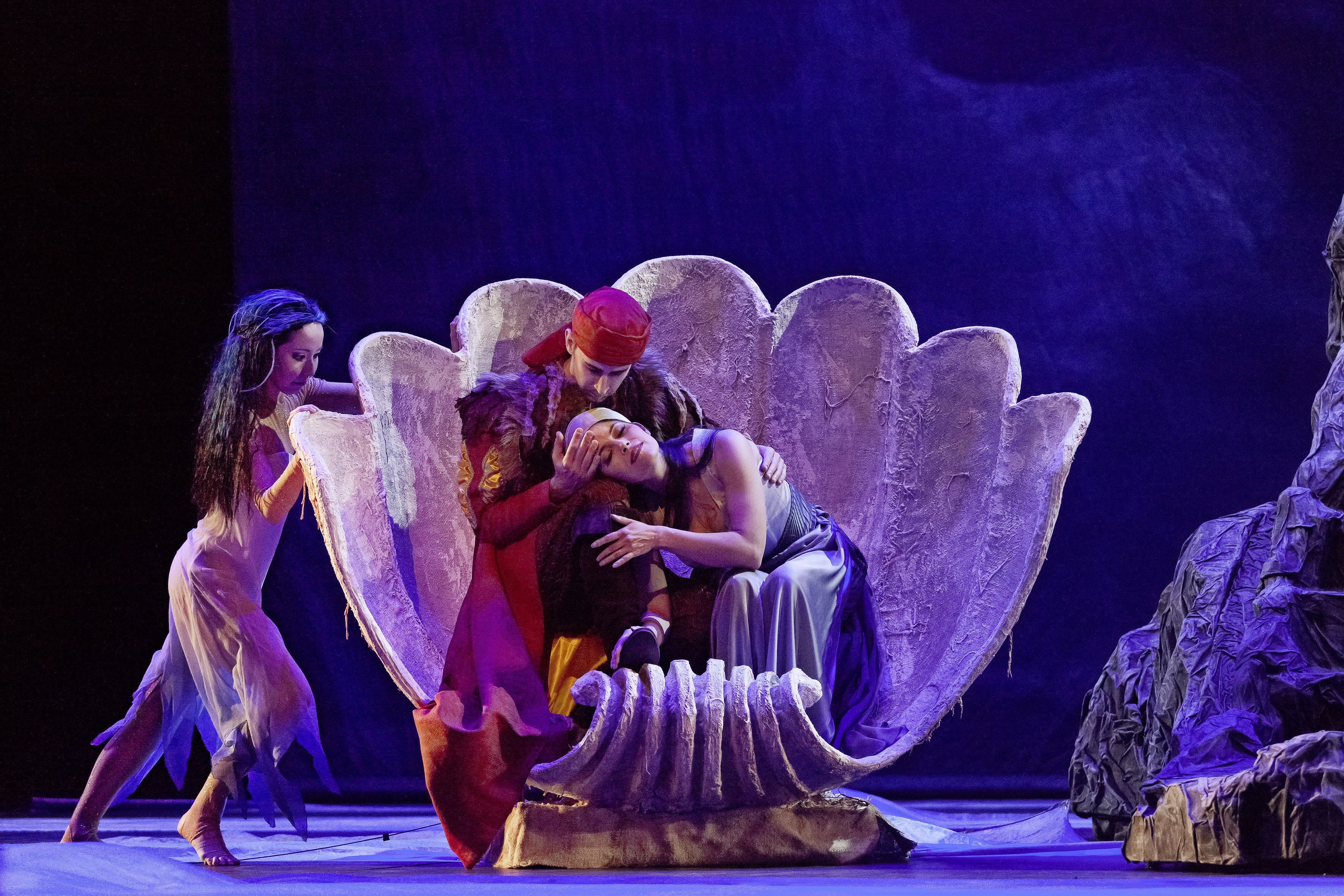 The powerful love story of the Queen of Carthage and the Trojan prince who conquers her heart only to leave her to die in her despair. A new colorful production of Purcell’s beguiling score setting to music Virgil’s emotional tale of love.

At court, Belinda is trying to cheer Dido up, but the Carthage Queen is full of sorrow. Belinda believes that the source of this grief is the Trojan warrior Aeneas and she suggests that Cartage’s troubles could be resolved by a marriage between the two. Dido fears that her love will make her a weak monarch, but Belinda and the second woman reassure her that heroes love as well. Aeneas enters the court and is at first received coldly by Dido, but she eventually accepts his proposal.

Act II
Scene i – The Sorceress’ Cave
The sorceress is plotting the destruction of Carthage and its queen, and summons companions to help her with evil plans. Her plan is to send a “trusty elf” disguised as Mercury to tempt Aeneas to leave Dido and sail to Italy. This would leave Dido heartbroken and she would surely die. The witches decide to conjure up a storm to make Dido and her train leave the grove and return to the palace.

Scene ii – A Grove during the Middle of the Hunt
Dido and Aeneas stop at the grove to take in its beauty. Dido hears distant thunder and Belinda tells the servants to prepare for a return to shelter as soon as possible. Alone, Aeneas is stopped by the sorceress’ elf, disguised as Mercury. He commands Aeneas, by the name of Jove that he has to immediately leave and create a new Troy on Latin soil. Aeneas agrees to the wishes of what he believes is the gods, but is heartbroken that he will have to leave Dido.

Act III
Scene i – The Harbour at Carthage
Preparations are being made for the departure of the Trojan fleet. The sailors are singing as the sorceress and her companions suddenly appear. They are pleased at how well their plan has worked and the sorceress plots the destruction of Aeneas while he will be at sea.

Scene ii – The Palace
Dido and Belinda are shocked at Aeneas’ disappearance. Dido is distraught and Belinda comforts her. Suddenly Aeneas returns, but Dido is full of fear before he speaks, and his words only serve to confirm her suspicions. She derides his reasons for leaving, and even when Aeneas says he will defy the gods and remain in Carthage, Dido rejects him for having once thought of leaving her. Dido laments her fate and eventually dies.