A Moustache, a Beard and the Can-Can

The childhood story of Jacques Offenbach

Jacques was the seventh child of his parents and his cantor father taught him to play the violin when he was six years old. But the young boy preferred the warm the sound of the cello and studies it in secret. At the age of eight he started composing songs and his father realized that his talent is immense. Jacques brought back the humor to the theatres and became the king of French operetta with works like The Tales of Hoffmann and Orpheus in the Underworld with its famous rollicking Can-Can. 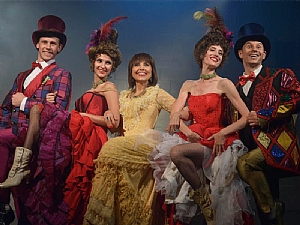