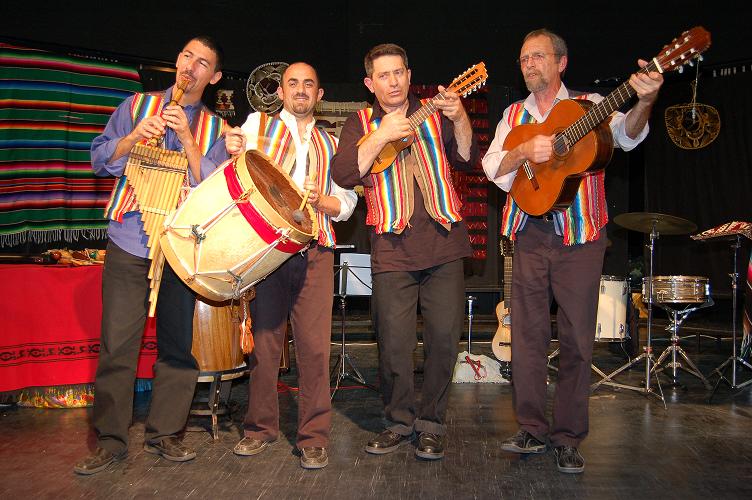 The ensemble specializes in traditional, folk, popular music from Latin-America especially from Argentina and the Andes region, performing on original and typical musical instruments. The ensemble has worked together for about fifteen years and has performed all over Israel and abroad. It has performed many times the very famous Argentinean work, the Missa Criolla composed by Ariel Ramirez, including in performances with Ramirez himself. Recently the ensemble participated with great success in the National Festival of Argentinean Folklore at Cosquin - Cordoba. The ensemble often accompanies well known Latino-American singers and other solo performers as well as Israeli singers like Galit Giat, Yotam Cohen and Laila Malcos. The ensemble also cooperates with the most prominent choirs and other ensembles and musical organizations in Israel: The Vocal Octet, the Tel Aviv Chamber Choir, The Tel Aviv Philharmonic Choir and others. It also had the privilege to accompany the famous singer Mercedes Sosa during her latest performance in Tel Aviv's Mann Auditorium. The music director of the Ensemble is Natan Furmanski.