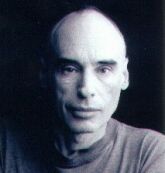 Hanoch Levin, An icon during his life, Hanoch Levin was Israel's most esteemed playwright. Prolific and controversial, his dark comedies, of great psychological insight and poetry, have both shocked and entranced his audiences. A gripping story teller, trenchant, witty and poetic, Levin talks about the human condition in the most lucid, merciless, humorous, comprehensive and profound way. His plays provide no answers, only questions. All his plays are rooted in Israeli society, but they carry a universal message transcending the local. Death--physical and spiritual, torture and humiliation, are recurring themes in Levin's creative world. Levin's poetic style reached its peak with Requiem, written when the playwright knew his own death was approaching. In total, Levin wrote 56 plays: political satires, family and neighborhood plays, and mythical plays. Of the 35 plays produced, the majority of them at the Cameri Theater, Levin directed many himself.
Levin won numerous prestigious awards for his plays, as well as the one at the Edinburgh Festival. Several of his plays have been translated and performed in London, New York, Italy, Germany, Hungary, Greece, France, Poland and many other countries. Levin kept working until the very end, holding auditions for his newest play, Whiners, from his hospital bed in Tel Aviv. "His plays open windows into our souls, to draw whatever we need from those deep chambers." - London Guardian