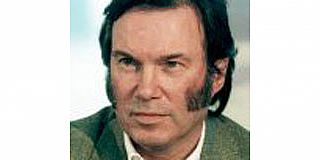 David Pountney, director, was born in England and became internationally known through his production of Katya Kabanova (Janacek) at the 1972 Wexford Festival. Between 1975-80, he was Director of Production for Scottish Opera. His productions there featured a Janacek cycle in collaboration with Welsh National Opera of Jenufa, House of the Dead, The Makropulos Case, Katya Kabanova and The Cunning Little Vixen. He directed the world première of David Blake's Toussaint in 1977 at English National Opera and went on to become Director of Productions in 1980, directing over 20 operas. He directs regularly in all international leading opera houses and was the Director of the Bregenz Festival, Austria. David Pountney was made a CBE and a Chevalier in the French Ordre des Arts et Lettres in 1993.