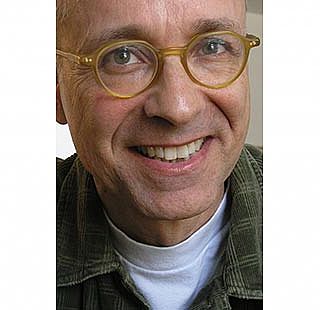 Born in Israel. He has designed sets and costumes for most Israeli theatre companies as well as for theatre companies in Germany, China, Japan and England. Among the plays he has designed are Schitz, The Child Dreams, The Glass Menagerie, Antigone, Fiddler on the Roof, Ghetto, Cabaret, Kasablan, Our Classroom, Gorodish, To the End of the Land, The Cherry Orchard, Blood Wedding, A View from the Bridge, The Taming of the Shrew, The House of Bernarda Alba, Measure for Measure, The Woman from the Sea, The Seagull and others. He designed sets for the operas Anna Bolena, Roberto Deveraux, Maria Stuarda (Donizetti), Tannhauser (Wagner), Salome (R. Strauss), Les Damnation de Faust (Berlioz), Die Zauberflote (Mozart), Otello (Verdi) and others at the opera houses of Monte Carlo, Bologna, Turin, Munich, Stuttgart, Santa Fe, Antwerp and others. At the Israeli Opera he designed La boheme (Puccini), Les Contes d'Hoffmann (Offenbach), Boris Godunov (Mussorgsky), and Don Giovanni (Mozart).