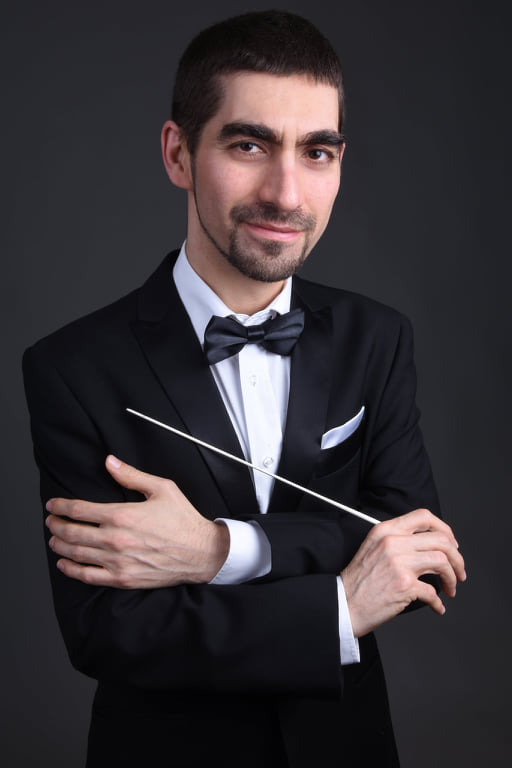 Assaf Benraf, born in Israel, is a conductor, singer, and translator. He is a graduate of the Thelma Yellin High School of the Arts, and holds a Bachelor’s degree in conducting from the Jerusalem Academy of Music and Dance and a Master’s in conducting from Penn State University in the USA. He began his musical life playing the violin and the viola and continued as a singer. Conducting is currently Benraf’s primary occupation, serving as Chorus Master of the Israeli Opera Chorus and conductor of the Dorot Choir.
Benraf has performed as a vocalist in many choirs (including the Israeli Opera Chorus) and with most of the orchestras in Israel. He has performed as a soloist with the Jerusalem Baroque Orchestra, the Ra'anana Symphonette Orchestra, the Phoenix Ensemble and the Calace Ensemble for Neapolitan Music (of which he was founder and musical director). Benraf has received scholarships and grants from the America Israel Cultural Foundation, the Zefunot Tarbut non-profit, the Gary Bertini Foundation and Penn State University, and has attended many masterclasses in Israel and abroad. Benraf was also a finalist in the Luigi Mancinelli International Competition for Opera Conductors in Orvieto, Italy (2018).
In addition to music, Benraf works as a translator of poetry. His translations have been published in Nifl'ata, an Anthology of LGBT Poetry and in the poetry journal Ho! Literary Magazine (published by HaKibbutz HaMeuchad). These publications include translations of works by Ungaretti, Foscolo, Michelangelo, Govoni, Cortese, Molodowsky, Naidus, and Trakl.