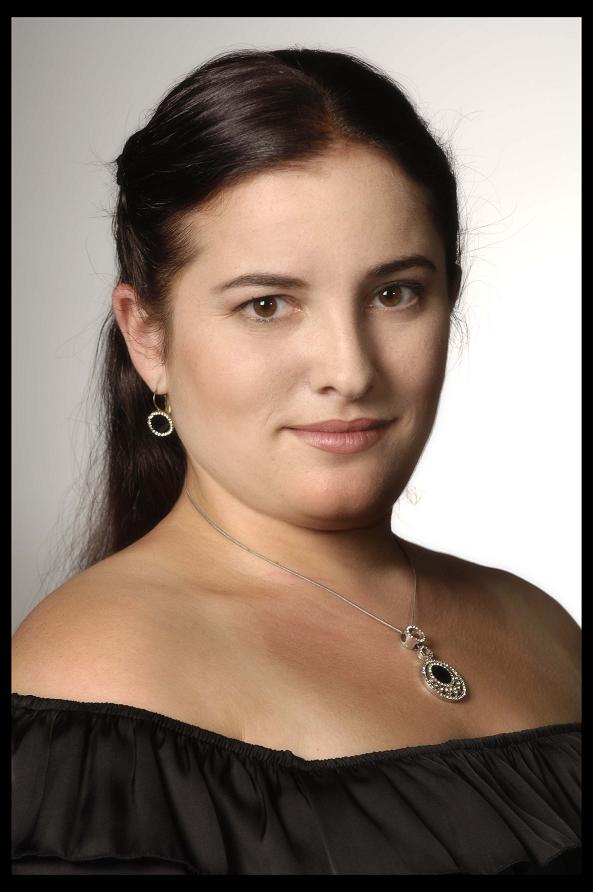 Shira Shafir, soprano, was born in Israel. She graduated from the Jerusalem Rubin Academy for Music and Dance where she studied with Bibiana Goldental. Now she is studying with Michele Crider. During her studies she performed in concerts and recitals all over Israel in varied repertoire including works by Vivaldi (Magnificat), Mozart (Vesperae Solennes de Confessore), Rossini (Petite Messe Solennelle) and other works with the Raanana Symphonette Orchestra, the Israel Chamber Orchestra, the Jerusalem Symphony Orchestra, IBA and the Kibbutz Chamber Orchestra. She has been a recipient of the America-Israel Cultural Foundation scholarships. Shira Shafir was a member of the Israeli Opera's Opera Studio where her repertoire included Pamina in Die Zauberflote (Mozart) which she performed with the Jerusalem Symphony Orchestra and the Israel Symphony Orchestra Rishon LeZion, the Countess Almaviva in Le nozze di Figaro (Mozart), the Mother in Hansel und Gretel (Humperdinck) which she performed with the Israel Chamber Orchestra and Mother Spring in The Snow Maiden (Rimsky-Korsakov). She performs regularly in numerous Israeli Opera concerts in the opera house and all over Israel. She performed the Countess Almaviva in Le nozze di Figaro (Mozart) in the Opera Studio production with the Jerusalem Symphony Orchestra, IBA. At the Israeli Opera she performed Masha in Pique Dame (Tchaikovsky) and Tisbe in the family production of La Cenerentola (Rossini).