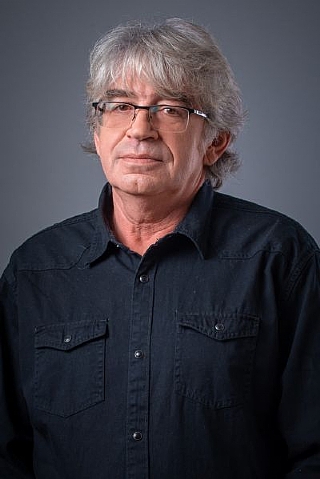 Alexander Lisiyansky, set designer, was born in Russia and immigrated to Israel in 1990. He designed sets for most of the theatre companies in Russia and was the chief stage designer of the Moscow Sovremenik Theatre. For many years he was the designer of residence of the Gesher Theatre and designed sets for most Israeli theatre companies as well as for theatre companies and opera houses in the USA, the Netherlands, Bulgaria, France and Estonia. Among the 200 productions that he has designed are Three Sisters, Tango, Rhinoceros, A Servant of Two Masters, Our Town, The Adventures of Odysseus, Hamlet, The Trial, The Alligator, The Sound of Music, Candide, The Cherry Orchard and others. He designed sets for the operas Yevgeni Onegin (Tchaikovsky), The Nose (Shostakovich), Maria Padilla (Donizetti) and others in the opera houses of Boston, Sofia, Norfolk and others. He has received numerous awards for his designs in Israel and abroad.

Her works at the Israeli Opera: