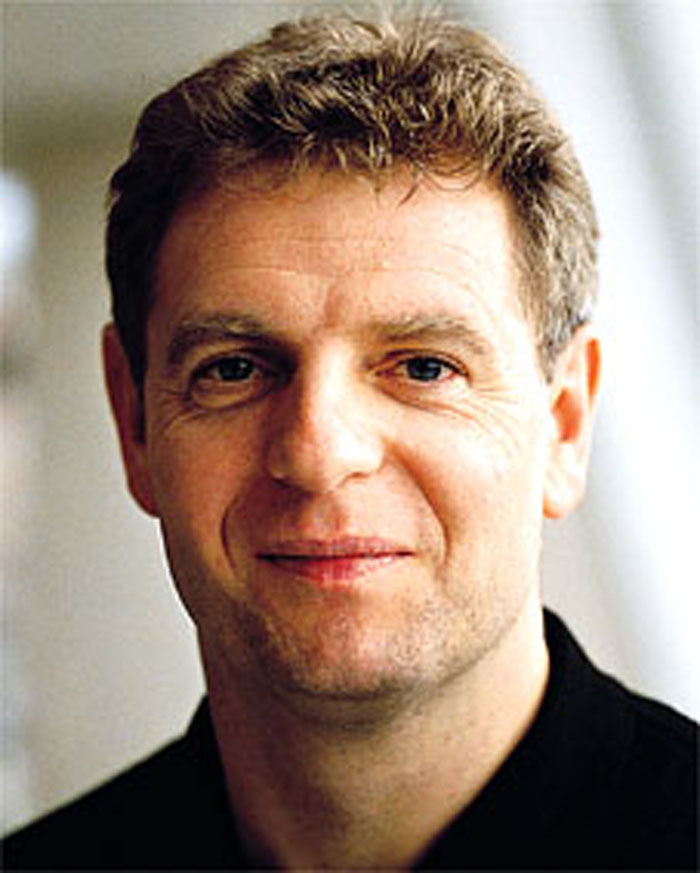 Karl-Heinz Steffens was born in Germany. He received his first clarinet lessons at the age of ten. He was a member of the state youth orchestra of Rhineland-Pfalz and studied with Prof. Ulf Rodenhäuser at the Stuttgart Academy of Music from 1982-85. In 1984 he took up his first professional position as deputy first clarinetist at the State Theatre in Kassel. From 1985-89 he was solo clarinetist at the Frankfurt Opera and from 1989-96 with the Bavarian Radio Symphony Orchestra. Since April 2001 Karl-Heinz Steffens has been solo clarinetist with the Berlin Philharmonic. He has appeared as soloist under conductors such as Lorin Maazel, Kurt Masur, Sir Colin Davis and Jörg-Peter Weigle. One of the last projects realized with the Berliner Philharmoniker was Elliott Carter’s concerto for clarinet and orchestra under the baton of Peter Eötvös. In 2007, Simon Rattle has instructed the young German composer Christian Jost to write a clarinet concerto for the Berliner Philharmoniker and Karl-Heinz Steffens. Many of his recordings are available on CD. He has performed chamber music with Wolfgang Sawallisch, Lorin Maazel, the Auryn Quartet, the Fine Arts Quartet, Quatuor Isaye and the Leipzig String Quartet. He regularly participates in music festivals such as the Schleswig-Holstein Music Festival, the Salzburg Festival and the Bayreuth Festival. Among his various CD recordings his jazz recordings have become very important. Tudor – Zürich released Blue Rondo with works of the 20th century and jazz, as well as Lush Life including further jazz works.
His engagements as a conductor, which have become a more and more important part of his musical activity within the last few years, led him to the Münchner Rundfunk Orchester, the chamber orchestra of Georgia and to the Orchestra Bruno Maderna in Italy as its artistic adviser.
Karl-Heinz Steffens held a professorship at the Hannover Academy of Music and Theatre from 1996-99, after which he took over a one-year position as substitute professor at the Academy of Music Franz Liszt in Weimar. He shares his experience at international masterclasses, most recently in Weimar in 2001. Karl-Heinz Steffens was appointed Professor of Clarinet at the Academy of Music Hanns Eisler Berlin from the winter semester 2003/2003.
Karl-Heinz Steffens has performed as clarinetist and conductor at the Jerusalem International Chamber Music Festival.