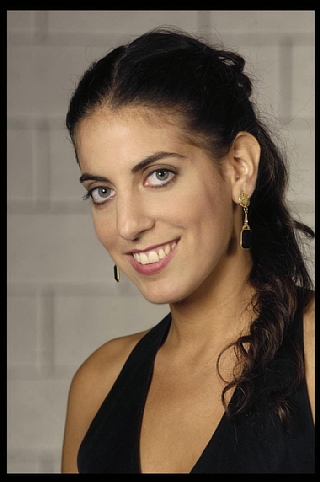 Limor Ilan was born in Israel. She graduated from the Tel Aviv Academy for Music where she studied with Agnes Masinni and she has a Professional Studies Diploma from the Mannes College of Music in New York where she studied with Ruth Falcon. Her wide operatic repertoire includes the Sorceress in Dido & Aeneas (Purcell), the Third Lady in Die Zauberflöte (Mozart), Zita in Gianni Schicchi (Puccini), Cherubino in Le nozze di Figaro (Mozart), Zulma in L'Italiana in Algeri (Rossini), Prince Charming in Cendrillon (Massenet), Mrs. Nolan in The Medium (Menotti), Stephano in Romeo et Juliett (Gounod), the Witch in Hansel und Gretel (Humperdinck) and more. During her studies she performed as a soloist in many opera productions, concerts and recitals in Israel and in the USA. She is a recipient of the America Israel Cultural Foundation scholarships as well as of scholarships form the Ronen Foundation, the IVAI, Mannes College and others. Limor Ilan was a member of the Israeli Opera's Opera Studio where her repertoire included the Second Lady in Die Zauberflöte (Mozart), Charlotte in Werther (Massenet), Orlovsky in Die Fledermaus (J. Strauss), Dorabella in Cosi fan tutte (Mozart) and Hansel in Hansel und Gretel (Humperdinck). She performed Dorabella in Cosi fan tutte (Mozart) in a staged production with the Haifa Symphony Orchestra and Tisbe in La Cenerentola (Rossini) in the Israeli Opera touring production.