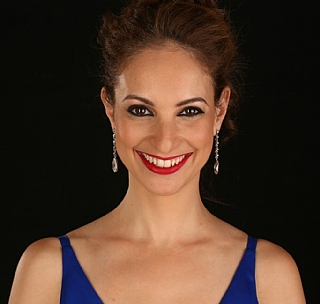 Rinat Goldman, soprano, was born in Israel. She graduated from the Rubin Academy for Music and Dance in Jerusalem. During her studies she performed the role of Papagena in Die Zauberflöte (Mozart). She appeared in special productions of the Ministry of Education of Die Zauberflöte (Mozart) and Porgy and Bess (Gershwin). She is a recipient of the America Israel Cultural Foundation scholarship as well as of the Lions, the Academy, the IVAI and the Commercial-Industrial Club scholarships. Rinat Goldmann was a member of the Israeli Opera's Opera Studio where her repertoire included Pamina and Papagena in Die Zauberflöte (Mozart), Adele in Die Fledermaus (J. Strauss), Sophie in Werther (Massenet) and Gretel in Hansel und Gretel (Humperdinck). She performed Despina in Cosi fan tutte (Mozart) in a staged production with the Haifa Symphony Orchestra.
Her roles at the Israeli Opera:
Alice in Wonderland: Alice (2011-2020)
Die Zauberflöte: Pamina (2014-2020) - community production
The Child Dreams: Nonet (2012) tour to the Wiesbaden May Festival
The Cunning Little Vixen: Mrs. Mole (2009)
La Cenerentola: Clorinda  (2007) - family production