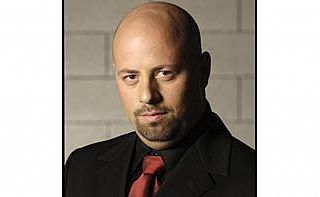 Gabriel Lowenheim, baritone, was born in Israel. He studied at the Jerusalem Rubin Academy with Robin Weisel Capsuto and continued his voice studies with George Shirley in the USA. He completed his Master's degree cum laude with Tamar Rachum at the Buchman-Mehta School of Music at the Tel Aviv University. He recorded for the ORF in Austria and for the Voice of Music in Israel. He performs regularly as a soloist in concerts in Israel and abroad in a wide vocal, lied and opera repertoire. His operatic roles include Colas in Bastienn and Bastienne (Mozart), Buff in The Impresario (Mozart), Ben in The Telephone (Menotti), the Father and the Witch in Hansel und Gretel (Humperdinck), the Farmer in A Rat Laughs (Ella Milech Sheriff) and Masetto in Don Giovanni (Mozart), the latter with the Haifa Symphony Orchestra. He performed Antonio in Le nozze di Figaro (Mozart) in the Israeli Opera's Opera Studio production with the Haifa Symphony Orchestra. He performed as soloist in concerts with The Israel Chamber Orchestra, the Raanana Symphonette Orchestra, the Kibbutz Chamber Orchestra and others. Gabriel Lowenheim was a member of the Israeli Opera's Opera Studio where his repertoire included the Father in Hansel und Gretel (Humperdinck) and Papageno in Die Zauberflöte (Mozart).