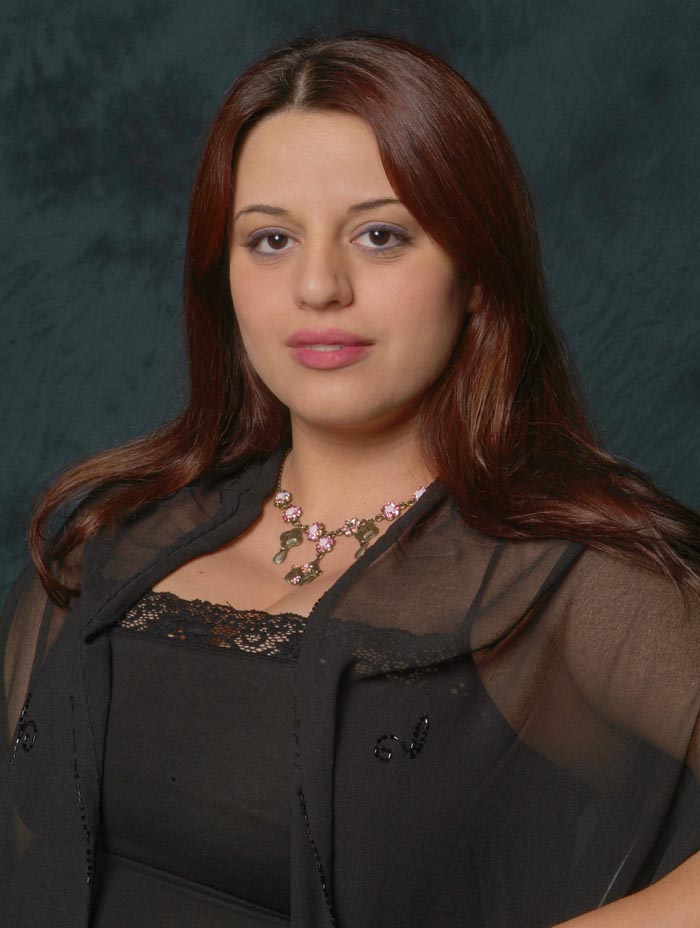 Was born in Israel. She graduated from the Jerusalem Rubin Music Academy. Her repertoire includes Madam Herz in The Impresario (Mozart), Lucy in The Telephone (Menotti), the lead role in Norma (Bellini), Alice in Falstaff (Verdi), the Countess in Le nozze di Figaro (Mozart) and other roles. She performed in productions of Sour Angelica (Puccini) and The Bartered Bride (Smetana). She performed in concerts with the Jerusalem Symphony Orchestra, the Herzliya Chamber Orchestra, The Raanana Symphonette Orchestra and the Israel Symphony Orchestra Rishon LeZion and in the Kfar Bloom Chamber Music Festival. She was awarded scholarships by the America Israel Cultural Foundation.
She is a member of the Israeli Opera's Opera Studio where her repertoire includes The Queen of the Night in Die Zauberflote (Mozart) and the Mother in Hansel und Gretel (Humperdinck). At the Israeli Opera she performed the role of Countess Ceprano in Rigoletto (Verdi). In the 2005/06 season of the Israeli Opera she will perform several roles including Annina in La traviata (Verdi) and the Celestial Voice in Don Carlo (Verdi).