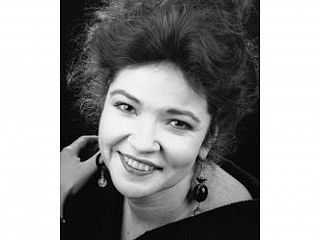 Debra Hanson. set and costumes designer, was born in Canada. She works regularly for television, film, theatre and musicals. Her opera credits include Jenufa (Janacek) and Cosi fan tutte (Mozart). Her films credits include Remember, Queen of the Night, Barrymore, Outlander, Snow Cake and New Waterford Girl and many others. Her television credits include Orphan Black, The Memory Keeper’s Daughter, The Man Who Saved Christmas, I Was a Rat and others. Her theatre credits, basically at the Stratford Festival, include A Little Night Music, Crazy for You, Venus in Fur, 42nd Street, Twelfth Night, Camelot, As You Like It, Guys and Dolls, Hamlet, Romeo and Juliet, Macbeth, Three Sisters, Waiting for Godot and many others.

Her works at the Israeli Opera: