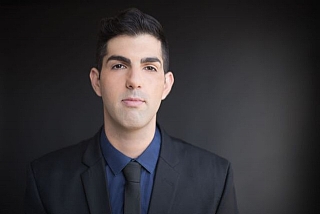 Eran Zehavi, pianist, was born in Israel. He finished his first and second degrees in conducting at the Buchman Mehta School of Music and the Tel Aviv University. He was the music director and conductor of the musical Messiah Now (Yonathan Knaan) at the Bat Yam festival of new musicals. He works as a pianist, arranger and music director of many Israeli Opera concerts including homages to the great creators of Israeli popular music (Ehud Manor, Yair Rosenblum, Haim Hefer, Nahum Heiman, Yossi Banai) as well as concerts like Frank Sinatra songs, the Great Divas, Disney songs, Michael Jackson songs and others. He was the music director and pianist in many concerts of highlights from musicals for the Israeli Opera.

His works for the Israeli Opera:

What About the Deer? (2018) - music director and arranger