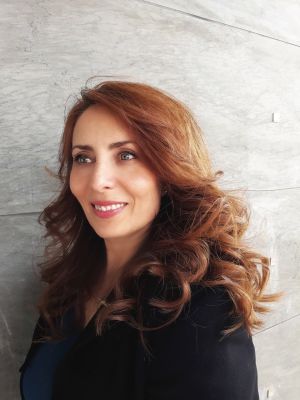 Sarah Schinasi is an italian opera director. she has been working for many years with Gian Carlo Del Monaco her  teacher and mentor assisting him and directing numerous production as revival director and associate director. In 2017 she co-signed with Del Monaco and staged  for the Opening of The 80th Maggio Musicale Fiorentino Don Carlo (Verdi). She just signed La Fille du Régiment at the Teatro Verdi in Trieste in  February 2018 and work as an associate and revival director at opera houses such as Monte Carlo, La Fenice, Florence, Beijing, Strasbourg, Bilbao,Valencia and many others. She directed numerous operas including L’elisir d’amore (Donizetti), Don Carlos (Verdi) Turandot (Puccini), Le nozze di Figaro (Mozart), Thais (Massenet) and Alceste (Gluck). She also works as a guest lecutrer for opera singers in Madrid, Beijing, at the Vocal Institute of Juilliard School of Music in New York. At the Israeli Opera she worked in several productions as assistant director or associate director to Del Monaco.

At the Israeli Opera she directed:
Don Carlo (2018) associate director