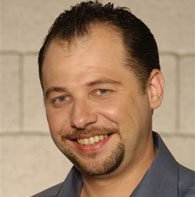 Was born in the Ukraine. He was a member of the Israeli Opera’s Opera Studio, were he has performed Dandini in La Cenerentola (Rossini). He sang the Marchesh in La traviata (Vardi) with the IPO under Mehta.