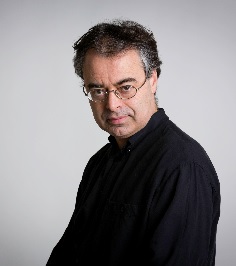 Jan Schultsz was born in the Netherlands. He began his musical career as an orchestra horn player and today is active as a conductor, pianist and teacher. From 1999 to 2009 he conducted the Neuchatel Chamber Orchestra and has also conducted the Tonhalle Orchestra in Zurich, The Basel Symphony and Chamber orchestras, the Lausanne and Geneva Chamber orchestras, the Hungarian Symphony Orchestra, the Prague National Theatre and others. He has conducted opera productions in the opera houses of Oslo, Budapest, Liege and others where the many productions he conducted include Otello (Rossini), Lucrezia Borgia (Donizetti), Oberto (Verdi) and many others. This is his Israeli Opera debut.

At the Israeli Opera he conducted:
La gazzetta (2017) - tour of the Opera Royal de Wallonie