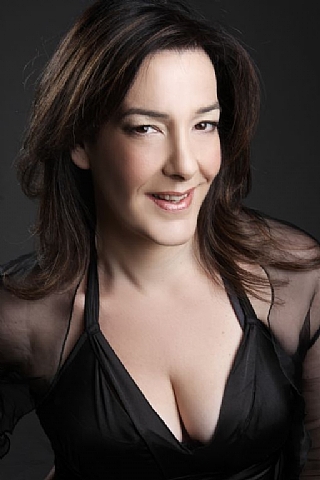 Edit Zamir, mezzo soprano, was born in Israel. Her repertoire includes Rosalinde in Die Fledermaus (J. Strauss), the title role in Tosca and in Suor Angelica, Giorgetta in Il tabarro (Puccini), the Marschellin in Der Rosenkavalier (R. Strauss), Sieglinde in Die Walküre, Elsa in Lohengrin (Wagner), the Innkeeper in The Ghost Inn (Zorman) and other roles. She performed the title role in Carmen (Bizet) with the Haifa Symphony Orchestra and the Shanghai Symphony Orchestra. She performs in concerts and opera productions in Israel, the Netherlands and Italy. Her lieder and oratorio repertoire includes works by Brahms, Schumann, Mahler, Wagner, Barber and other composers. She has received the America-Israel Cultural Foundation and the IVAI scholarships as well as the Silverman award.