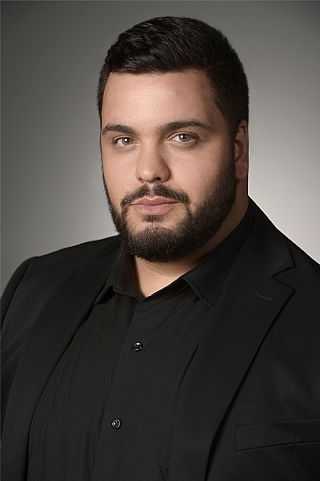 Osher Sebbag, tenor, was born in Israel. He graduated from the Buchman-Mehta School of Music at the Tel Aviv University. He performed the role of Bacchus in Ariadne auf Naxos (R. Strauss), Tamino in Die Zauberflote (Mozart), Borsa in Rigoletto (Verdi) and other roles. He also performed with the Mannes Orchestra in New York. He received the AICF scholarship as well as the David Ben-Bassat scholarship. He performed in many concerts with the Raanana Symphonette Orchestra and other ensembles. He received the Bercovici scholarship. Osher Sebbag was a member of the Israeli Opera's Meitar Opera Studio where his repertoire included Tamino in Die Zauberflote (Mozart), Tebaldo in I Capuleti ed i Montecchi (Bellini) and other roles.