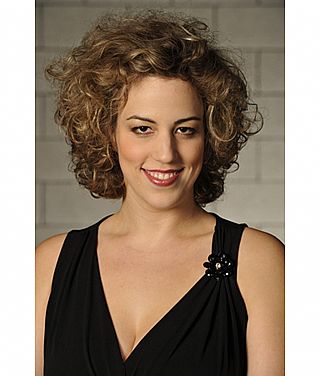 Efrat Vulfsons, soprano, was born in Israel. She graduated from the Jerusalem Academy of Music and Dance. She performed the role of Efrat in Dan the Guard (Lavri), Dido in Dido and Aeneas (Purcell), Amore in L’incoronazione di Poppea (Monteverdi), Mrs. Grose in The Turn of the Screw (Britten), Fiordiligi in Cosi fan tutte (Mozart) and other roles. She also performed Mozart’s Exultate Jubilate and the soprano solo in the Requiem by Michael Haydn. She won the first prize in the solo singing competition with the orchestra of the Jerusalem Academy of Music and Dance. She performed Fiordiligi in Cosi fan tutte (Mozart) in  Weimar and performs in many concerts with the Raanana Symphonette Orchestra and other ensembles. Efrat Vulfsons was a member of the Israeli Opera's Meitar Opera Studio where her repertoire included the Countess in Le nozze di Figaro, the First Lady in Die Zauberflote (Mozart), the Mother in Hansel und Gretel (Humperdinck), Tisbe in La Cenerentola (Rossini), the title role in Suor Angelica (Puccini) and other roles.