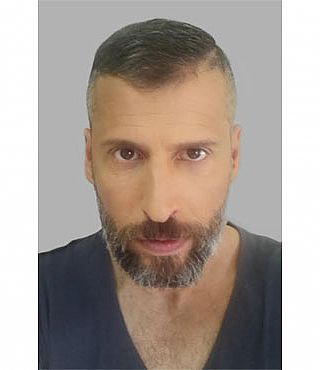 Yoram Karmi was born in Israel. He was a dancer in several projects in Israel and abroad before starting to choreograph. In 2002 he founded the Fresco - Yoram Karmi Company. He was the artistic director of the Shades of Dance Festival in 2012 and 2013. In 1997 he won the second prize in the Shades of Dance Festival for his opus Spectrum. In 1999 he won the silver prize for his work in a dance festival in China. Aside of creating works regularly for his own company he choreographs for the Israel Festival, The Israel Symphony Orchestra Rishon LeZion (Pulcinella), the Jerusalem Ballet (Clara), the Israel Ballet, KSU Atlanta and more. In 2012 he created Point of Origin for the dance project of the Israeli Opera and the Suzanne Dellal Centre.