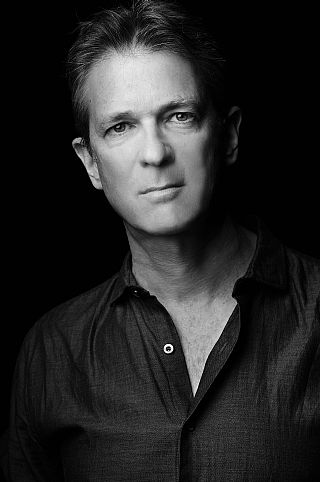 Ido Ricklin was born in Israel.  He was trained at the Central School of Speech and Drama in London. He has directed for all Israeli theatre companies including Pains of Youth, Dancing at Lughnasa and The Rose Tattoo for the Habimah National Theatre; Philadelphia Here I Come, Prelude to A Kiss, Bertha’s Piano, The Count of Monte Cristo, Much Ado about Nothing, Galileo, The Hunchback of Notre Dame, Ghosts for the Beer Sheva Theatre; Amy’s View, Day in the Death of Joe Egg, Blackbird for the Cameri Theatre; The Heiress for Beit Lessin; As You Like It for the Mediatheque and Beit Lessin; Lovers, Whale Music, My Mother Said I Never Should, The Caucasian Chalk Circle, The Playboy of the Western World, The Devil’s General, The Swan, Tiger at the Gate, Bent, The Shortest Night of the Year, Fathers and Sons, Obsession, Fantasy for the Library Theatre; A Midsummer’s Night Dream for the German National Theatre in Weimar; Scenes form an Execution for the Darmstadt Theatre; Romeo and Juliet for the Heidelberg Theatre; and the opera Baruchs Schweigen (Ella Milch-Sherriff) for the Bruanschweig Opera and in Israel. He has written numerous plays including The Shortest Night of the Year, Obsession, Fantasy, The Count of Monte Cristo, The Hunchback of Notre Dame, Emil and the Detectives, Double Lottie, The Flying Classroom, Momo and Heidi and The Snow Queen. His stage version of The Count of Monte Cristo has won him the Israeli Theater Award for Best Production, as playwright and director.

Since 2018 he is the dramarturg of the Israeli Opera.