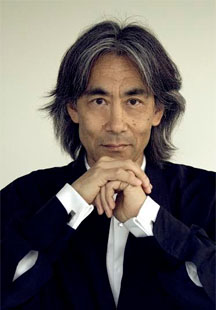 Kent Nagano, conductor, was born in the USA. He is equally at home in music of the classical, romantic and contemporary eras, introducing concert and opera audiences throughout the world to new and rediscovered music and offering fresh insights into established repertoire. Since September 2006 he has been Music Director of the Montreal Symphony Orchestra and became Artistic Advisor and Principal Guest Conductor of Gothenburg Symphony in September 2013. In 2015 he will take up the position of General Music Director of the Hamburg State Opera and Philharmonic Orchestra. At the Bavarian Staatsoper, where he was General Music Director from 2006 to 2013, Kent Nagano commissioned new operas such as Babylon (Jörg Widmann), Das Gehege (Wolfgang Rihm) and Alice in Wonderland (Unsuk Chin). New productions have included Boris Godunov, Khovanshchina (Mussorgsky), Idomeneo (Mozart), Yevgeny Onegin (Tchaikovsky), Ariadne auf Naxos, Die schweigsame Frau (R. Strauss), Les Dialogues des Carmélites (Poulenc), St. François d’Assise (Messian), Wozzeck (Berg), Written on Skin (George Benjamin) and Der Ring des Nibelungen (Wagner). With the Bavarian Staatsorchester Nagano has toured throughout Europe and in Japan and together they have recorded Bruckner's symphonies No. 4, 7 and 8.

A milestone at the helm of the Montreal Symphony Orchestra was the inauguration of the orchestra’s new concert hall La Maison Symphonique in September 2011. Nagano has taken the orchestra on a coast-to-coast tour of Canada and also to Japan, South Korea, Europe and South America. Nagano has worked with most of the world’s leading orchestras including the Vienna, Berlin and New York Philharmonics, Chicago Symphony, Dresden Staatskapelle and Leipzig Gewandhaus. He has an ongoing relationship with Sony Classical and has also recorded for Erato, Teldec, Pentatone and Deutsche Grammophon as well as Harmonia Mundi, winning Grammy awards for his recordings of Doktor Faust (Busoni), Peter and the Wolf (Prokofiev) with the Russian National Orchestra and L’amour de Loin (Saariaho) with He was Artistic Director and Chief Conductor of the Deutsches Symphonie Orchester Berlin, between 2000 and 2006. He became the first Music Director of Los Angeles Opera in 2003 as has also worked in leading international opera houses such as the Metropolitan in New York as well as in Paris, Berlin and Salzburg. He was also Music Director of Opéra National de Lyon (1988-1998) and Music Director of the Hallé Orchestra (1991-2000). He has already  conducted the Israel Philharmonic Orchestra in the past.