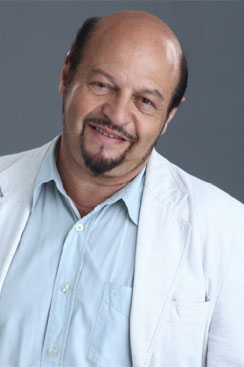 Miklós Gabor Kerényi, KERO®, was born in Hungary. He is the director and artistic director of the Budapest Operetta and Musical Theatre and is also a guest director at the Hungarian National Opera. He teaches at the Academy of Theatre and Film in Budapest. His operetta productions include Gräfin Mariza, Die Csárdásfürstin (Kálmán) in Budapest, Salzburg and Prague and Die Fledermaus (J. Strauss) in London, Baden-Baden, Munich, Amsterdam and Catanzaro. He directed Don Carlo, Macbeth (Verdi), Madama Butterfly (Puccini) and musicals such as Miss Saigon, Elisabeth, Romeo & Juliette, Mozart and Rudolf. In 2008, he was awarded the Kossuth Prize, which is the highest prize for artists given by the state of Hungary.

At the Israeli Opera he directed:
TCountess Maritza (2017)