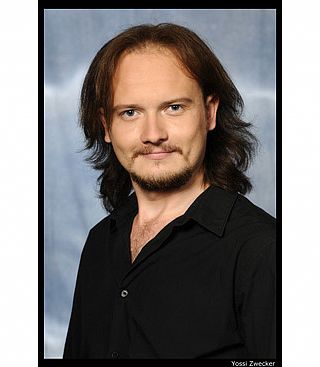 Anton Alexeev, baritone. was born in Russia and immigrated to Israel. He studied at the Jerusalem Academy of Music and Dance. His repertoire includes Ottone in L'incoronazione di Poppea (Monteverdi), Zurga in Les Pecheurs du Perles (Bizet) and Abel in Cain and Abel (Karabanov). He appeared as a soloist in concerts with the Raanana Symphonette Orchestra and the Israel Chamber Orchestra. He has received the AICF scholarships. Anton Alexeev was a member of the Israeli Opera's Meitar Opera Studio where his repertoire included Belcore in L'elisir d'amore (Donizetti), Dandini in La Cenerentola (Rossini), Masetto in Don Giovanni, Guglielmo in Cosi fan tutte (Mozart) and others.