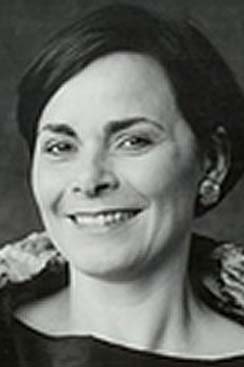 Mechthild Bach, soprano, was born in Germany. She performs regularly with numerous German opera houses and orchestras including those of Heidelberg, Darmstadt, Halle, Düsseldorf, Duisburg, Hamburg, Munich, Dresden, Stuttgart, Koln and many others and performed with conductors such as Bernius, Honeck, Kujken, Koopman, Rilling, Junghanel and others. She has also performed at the Concertgebouw in Amsterdam. Her recording of the Zelenka Mass in three parts has received various prestigious awards. Her varied orchestral repertoire includes all the soprano parts in Mahler symphonies. She performed the role of Antigona in Admeto (Handel) in Halle, Alice Ford in Falstaff (Verdi) in Luzern. This is her first performances with the Jerusalem Symphony Orchestra, IBA and the Israeli Opera.