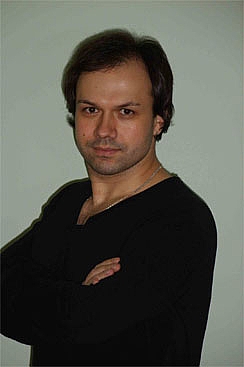 Roman Shulakov was born in Russia. His repertoire includes Lykov in The Tsar's Bride (Rimsky Korsakov), Tamino in Die Zauberflote (Mozart), Alfredo in La traviata (Verdi), Bayan in Ruslan and Ludmila (Glinka), Nemorino in L'elisir d'amore (Donizetti) and other roles. He performs in the opera houses of Russia as well as in Stuttgart, Groningen and others.

His roles at the Israeli Opera:
Yevgeni Onegin: Lenski (2013)