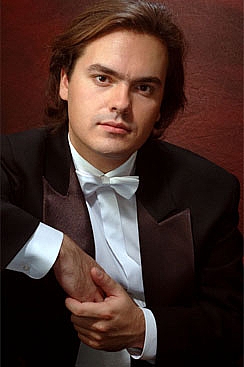 Vasily Ladyuk was born in Russia. His repertoire includes Zurga in Les Pecheurs de Perles (Bizet), Papageno in Die Zauberflote (Mozart), Germont in La traviata (Verdi), Robert in Iolanta, Yeletsky in Pique Dam (Tchaikovsky), Silvio in Pagliacci (Leoncavallo), Belcore in L'elisir d'amore (Donizetti), Andrei in War and Peace (Prokofiev), Figaro in Il barbiere di Siviglia (Rossini) and other roles. He performs in all the opera houses of Russian as well as in those of Brussels, Barcelona and many others.

His roles at the Israeli Opera:
Yevgeni Onegin: Onegin (2013)