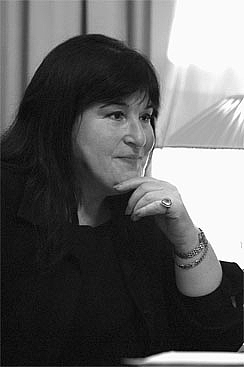 Makvala Kasrashvili was born in Georgia. She is the Artistic Director of the Bolshoi Opera. She joined the Bolshoi in 1966 where she has sang many roles including Donna Anna in The Stone Guest (Dargomyzhsky), Tatyana in Yevegni Onegin, Lisa in Pique Dam, the title role in Iolanta (Tchaikovsky), Olga in The Maid of Pskov (Rimsky Korsakov), the title role in Francesca da Rimini (Rahmaninov), Paulina in The Gambler (Prokofiev), the Countess in Le nozze di Figaro, Donna Anna in Don Giovanni, Vitellia in La clemenza di Tito (Mozart), Leonora in Il trovatore, Amelia in Un ballo in maschera, Desdemona in Otello (Verdi), Santuzza in Cavalleria rusticana (Mascagni), Chrysothemis in Elektra (R.Strauss) and many other roles which she also sang in leading opera houses around the world including the Mariinsky, the Royal Opera House Covent Garden, the Metropolitan Opera, the Savonnlina Festival, the Arena di Verona and many others.

Her roles at the Israeli Opera:
Yevgeni Onegin: Larina (2013)