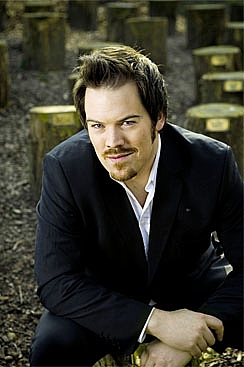 Audun Iversen was born in Norway. His repertoire includes the title role in Yevgeni Onegin (Tchaikovsky) which he performed in many productions all over the world as well as the Count in Le nozze di Figaro, the title role in Don Giovanni (Mozart), Sharpless in Madama Butterfly, Marcello and Schaunard in La boheme, Lescaut in Manon Lescaut (Puccini), Cascada in Die lustige Witwe (Lehar), Zurga in Les Pêcheurs de Perles (Bizet), Alber in Werther (Massenet) and other roles. He performs at the Royal Opera House Covent Garden as well as in the opera houses of San Francisco, Copenhagen, Berlin, Lille, Glyndebourne, ENO, Rome and others.

His roles at the Israeli Opera:
Yevgeni Onegin: Onegin (2013)