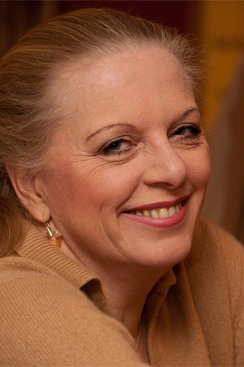 Gerlinde Pelkowski was born in Germany. She has been working as assistant and revival director at the Deutsche Oper Berlin since 1981. As a director and revival director she has worked at the Bolshoi in Moscow, Royal Opera House Covent Garden as well as the opera houses of Chicago, Munich, Seoul, Hamburg, Madrid, Koln, Beijing, Almansa, Szczecin and many others. She has assisted Gotz Friderich in many productions and revived many of his productions as well. Among the operas she has directed are Werther (Massenet), La scala di seta (Rossini), Portrait de Manon (Massenet and Puccini), Un ballo in maschera, La traviata (Verdi), Die Zauberflöte (Mozart), Das Märchen von der Zauberflöte (Mozart) and others.

At the Israeli Opera she served as the revival director for:
Luisa Miller (2012)