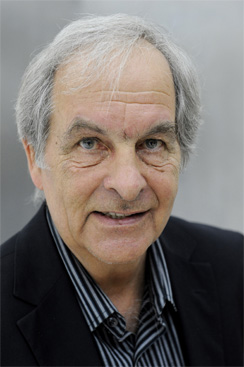 Manfred Beilharz was born in Gemrany. He was the Intendant of the Hessisches Staatstheater Wiesbaden Between the years 2002 and 2008. He founded the Studiobühne with Peter Stein, Otto Sander and others at the University of Munich. He was artistic director of the opera houses and theatre companies in Tübingen, Freiburg, Kassel and Bonn and has founded several festivals of contemporary theatre in Germany. His numerous opera productions include Lady Macbeth of Mtsensk (Shostakovich), Fidelio (Beethoven), Falstaff (Verdi), Salome (R. Strauss) and many others. His theatre credits include A Midsummer Night's Dream, Othello (Shakespeare), Spring Awakening (Wedekind), The Broken Jug (Kleist) and many other plays.

At the Israeli Opera he directed:
Wozzeck (2012)