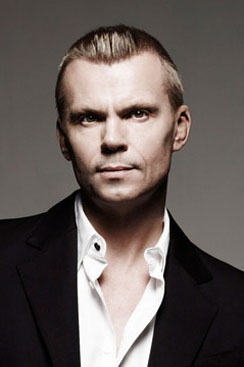 Jarek Korniluk is a well-known hair stylist in Poland. He’s been present on fashion market there for over twenty years. After establishing his name in his counry he went to the USA where he was represented by Next agency for five years. He travelled between New York and Miami working for fashion magazines, catologues, commercials and video clips.

After coming back to Poland his position became even stronger. He works for all major fashion magazines, colaborates with many celebrities and fashion designers.

He also designs hair and wigs for theatre and opera productions. Orfeo is his sixth colaboration with Mariusz Treliński encluding King Roger, Dame Pique, Boris Godunov, Aleko and Jolanthe where he worked with Anna Netrebko.