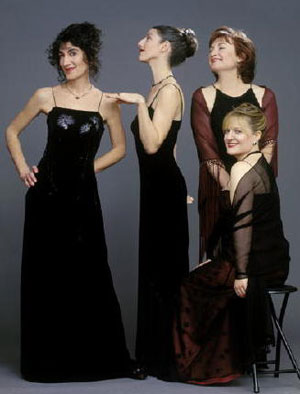 Renowned for their unearthly vocal blend and virtuosic ensemble singing, the four women of Anonymous 4 combine musical, literary, and historical scholarship with contemporary performance intuition as they create ingeniously designed programs, interweaving music with poetry and narrative. In addition to their unmatched medieval repertoire, Anonymous 4 has often reached out into the realm of contemporary music, and has premiered works by Peter Maxwell Davies, John Tavener, Steve Reich and Richard Einhorn. The group has most recently expanded their repertoire to include traditional music of the British Isles and America.