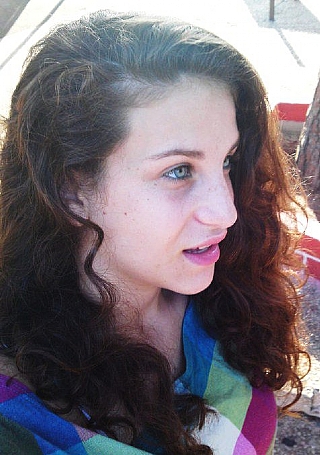 Naomi Shalev, age 15, alto, was born in Israel. She grew up in England where she began studying the violin at age six and a year later joined the Oxford Girls' Junior Choir. Today she studies at the Reut Junior High School in Haifa where she studies the violin. She also participated in the strings orchestra of the Yuval Music Center in Haifa. She studies voice with Yasmin Navot. She is a member of the Bat Shir Choir conducted by Tali Weissman. She made her Israeli Opera debut in 2011 as the third boy in Die Zauberflote (Mozart).