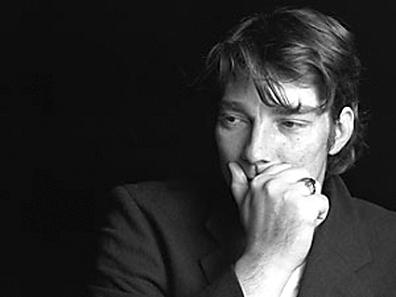 was born in Germany. Since 2005 he is the Choreographer in Residence of the Stuttgart Ballet and the Scapino Ballet Rotterdam. After his graduation from the Royal Conservatoire in Hague, he danced with the State Opera Unter den Linden in Berlin and later at the Theater Hagen. His first choreography, Loch, he created at
the Theater Hagen and presented it in the same year at the International Choreography Competition in Hanover. In September 2002 he received an invitation of the Choreographic Institute New York to create choreography
on dancers of the New York City Ballet for the Diamond Project Workshop. In 2004 Pina Bausch asked him to present two ballets – Blushing and Mopey – at her annual Dance Festival in Wuppertal. In 2005 he created
his first commissioned work for the Stuttgart Ballet: Sweet Sweet Sweet. His first full-length ballet for the Stuttgart Ballet was an extraordinary and highly acclaimed new interpretation of The Nutcracker. Since then her has created pieces for Les Ballet de Monte Carlo, Norwegian National Ballet, Leipzig Ballet, NDT, Pacific Northwest Ballet and many others. In June 2010 he presented his second full-length ballet for the Stuttgart Ballet: Orlando, after the novel by Virginia Woolf. After wining the Prix dom Perignon in 2005, Goecke was invited by John Neumeier to create a new piece for his Hamburg Ballet. In December 2006 Marco Goecke was awarded the Prix Nijinsky in the category "Upcoming Choreographer". Supernova is his first work presented at the Israeli Opera.