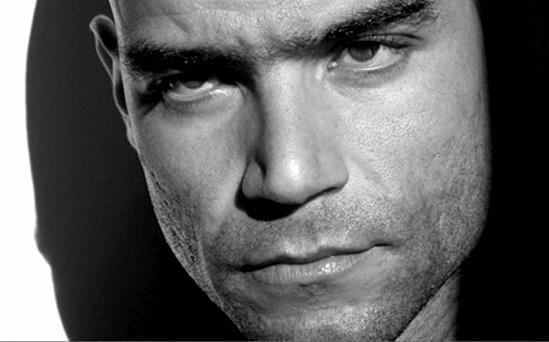 was born in Israel. After his military service, his first encounter with dance was at a workshop for amateurs led by Israeli choreographer Nir Ben Gal. Six months later, at the age of 23, Gat joined the Liat Dror Nir Ben Gal Company. Shortly after Gat began working as an independent choreographer, creating his first solo piece Four Dances in 1994 to music by Bach. Over the next 10 years Gat created various independent projects which were presented in Israel and abroad. Gat received the Rosenblum Award for Performing Arts in 2003 as well as the Landau Award (2004). In January 2004 Gat established his company - Emanuel Gat Dance,
which received Israel’s Minister of Culture Award in 2005. The première of Winter Voyage and The Rite of Spring took place at Uzes festival in June 2004. These two works were performed since to great acclaim more than 300 times worldwide. In 2006 Emanuel Gat received the Bessie award. K626, based on Mozart’s Requiem, was premièred at the Festival de Marseilles. In September 2007, Gat moved to France and based his company
at the town of Istres where it is hosted since by Ouest Provence. For this company he created several works including Silent Ballet, Winter Variations and Through the Center, which were produced with the assistance of other organizations including Lincoln Center Festival, Sadler's Wells and the Montpellier, Rome Europe and Paris Spring festivals. In June 2011 his company, now comprising 12 dancers, will première Brilliant Corners which was commissioned by the Venice Biennale, Dance Umbrella London and Dance House Stockholm. Gat is regularly invited to create works and present his works for leading dance and ballet companies including the Sidney Ballet, Ballet du Rhin, Geneva Ballet, Bremen Dance Theatre, the Paris Opera Ballet and others. Through the Center is his first work to be presented at the Israeli Opera.