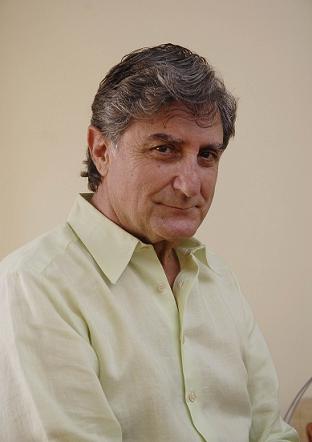 Alex Anski, actor, was born in Israel. He is know above all as a lead broadcaster at Galei Zahal including in his morning show 707 and the Historic Hour with Professor Michael Harsegor. He is an actor at the Habimah National Theatre and at the Cameri Theatre, a narrator and moderator in concerts with the Israel Philharmonic Orchestra, the Camerata Orchestra and the Haifa Symphony Orchestra. He also moderates litterature and poetry evenings and official national ceremonies. He performs in three one man shows: A Seminar for those who return to Religion by B. Michael, Carcasses by Yoram Kenyuk and I am Not Dreyfus by Yehoshua Sobol. He is a graduate of the Habima School of Drama, the RCA Institute in New York (editing and scrip writing) and the Arts Management Program at the Tel Aviv University. He has received the Ziv Award in journalism and five times the Galei Zhala Commander Award. These days he performs as August – Osage County and Birthmark at the Habimah National Theatre and in the Master Builder in a co production with the Cameri Theatre. At the Israeli Opera he performed Pickering in My Fair Lady.