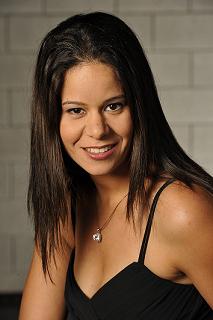 Agam Englard-Saar, soprano, was born in Israel. She graduated from the Buchman Mehta School of Music at the Tel Aviv University where she studied with Tamar Rahum. She performed in concerts and recitals all over Israel as well as abroad in London, Zurich, Turin, Berlin Glasgow and Brussels as well as at the Abu Gosh Festival. Her first operatic performance was at the age of 13 when she performed Moth in A Midsummer Night's Dream (Britten) at the Israeli Opera. She also performed in Max and Moritz (Gil Shohat). She performed as a soloist with the Israel Philharmonic Orchestra in A Midsummer Night's Dream (Mendelssohn) and during her studies sang the role of Fiordiligi in Cosi fan tutte (Mozart). She is a recipient pf the AICF, Ronen and Music Angels scholarships. Agam Englard-Saar was an associate member of the Israeli Opera's Opera Studio where her repertoire included the Erste Dame in die Zauberflote (Mozart), the Countess Almaviva in Le nozze di Figaro (Mozart), the Mother in Hansel und Gretel (Humperdinck) and other roles. At the Israeli Opera she performed several roles in Alice in Wonderland (Sebba).