Between Laughter and Tears

The fascinating story of the funniest man on earth – Charlie Chaplin

What happens when loneliness turns into humor? Only a genius like Charlie Chaplin can make art of both. He was born in London to a father signer and a mother actress. He played the piano, violin and cello without knowing to read music. He had a rough childhood but always saw the bright side of things. Years later he invented the little vagabond with the famous stick and hat. Music from Chaplin's greatest films like City Lights and Modern Times. 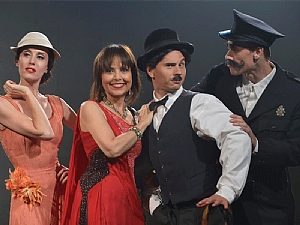