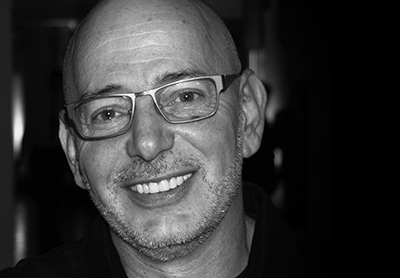 Itzik Galili was born in Israel. He began his career as a dancer in Batsheva 2 and Bat Dor. In 1990 he began working also as a choreographer. In 1991 he moved to Amsterdam where he founded his own company. A year later his work The Butterfly Effect won the audience award in an international choreographer competition in Groningen, the Netherlands and resulted in numerous invitations to choreograph all over the world. In 1997 the Minister of Culture in the Netherlands appointed Galili as the artistic director of Galili Dance, a new dance company in Groningen. He created a system to work with dance in educating regular children and children who have learning disabilities and his system is still used today by several Dutch dance companies. In 2008 he crated the Dance Group Amsterdam, the city’s leading contemporary dance company. He created choreography for opera productions such as Prince Igor (Borodin) at the Metropolitan Opera in New York and also for productions at the Royal Opera House Covent Garden and the Netherlands National Opera as well as for various television shows. Galili has created over 130 dance works for leading international dance companies including the English National Ballet, Ballet Sao Paolo, Ballet Monte Carlo, NDT, Ballet Gulbekian, Les Grand Ballets Canadiens, Ballet Zurich, Ballet Basel, Finnish National Ballet, Royal Winnipeg Ballet, Scapino Ballet, Stuttgart Ballet, Ballet Jazz de Montreal, Batsheva, Bat Dor and many others. He received knighthood from Queen Beatrice of the Netherlands for his continuous work for Dutch dance. He created Man of the Hour, a coproduction of the Israeli Opera and the Suzanne Dellal Centre.

His works at the Israeli Opera include:
Orfeo ed Euridice (2018) - Akko, director and choreographer
Man of the Hour (2016) choreographer